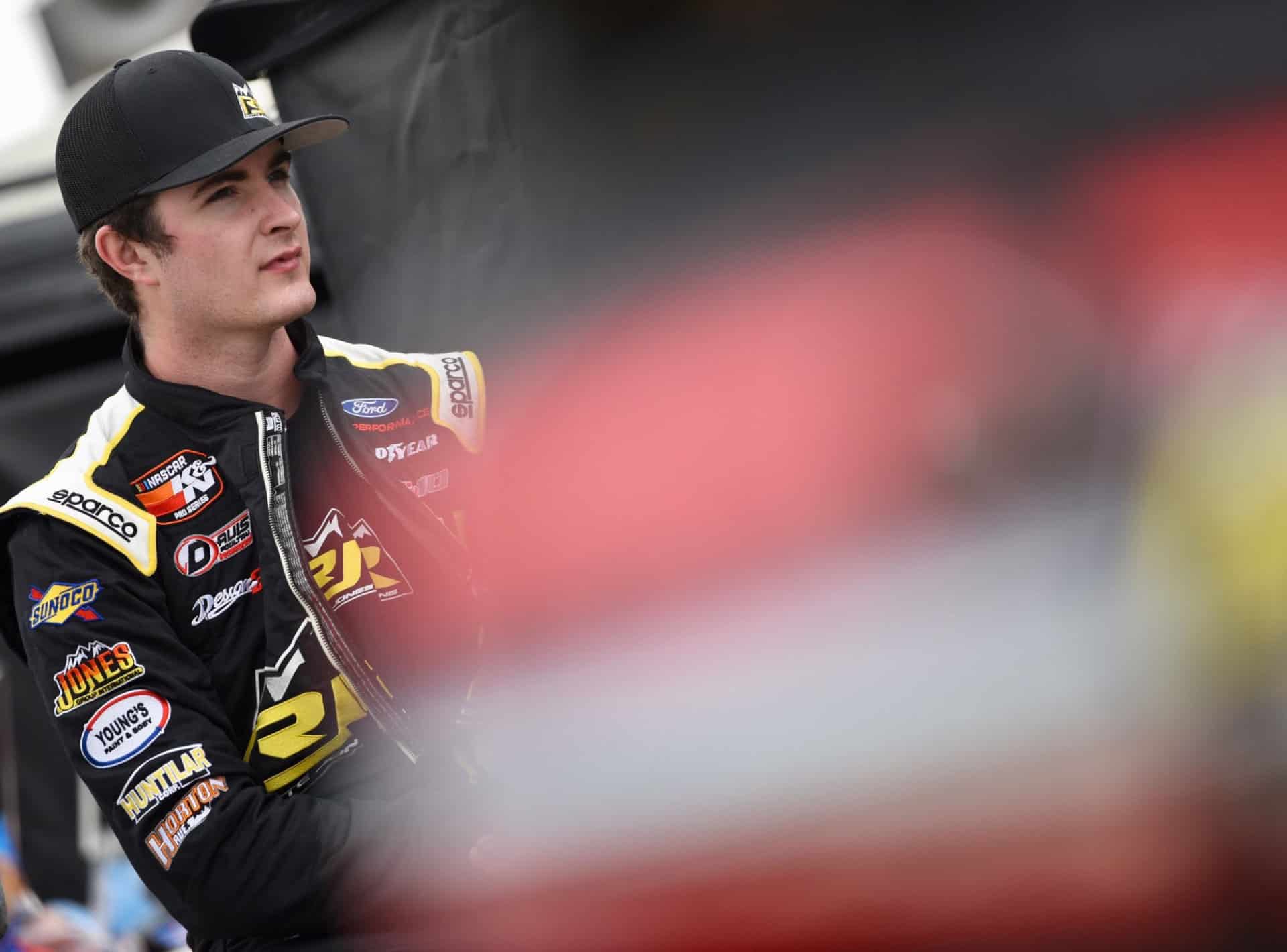 Back-to-back races in K&N Pro Series East competition can certainly present its challenges for the teams in competition but for a veteran team like Rette Jones Racing, the third and fourth races of the season present an opportunity for Davis to double down and put their No. 30 JRi Shocks Ford Fusion in Victory Lane.

“I’m really excited about the chance to compete in two races in one night,” said Davis who sits sixth in the championship standings a mere 12 points out of the race lead.

“We’ve spent the last few weeks putting a game plan together and I know we can head to South Boston and contend for two trophies.”

The Mooresville, N.C.-based team welcomes back JRI Shocks as the primary partner for South Boston.

While the stress is certainly there for Davis to finish race one with his No. 30 JRi Shocks Ford intact, the Dawsonville, Ga. native isn’t fazed about the shoulda, coulda, wouldas. Instead, he’s focused on doing the best job possible for Rette Jones Racing.

“No driver goes into a race and thinks they are going to get into a crash and destroy their car, but it’s a possibility,” offered Davis. “I don’t think like that. I think you’ll see some aggression in the first race and a lot of aggression in the second race – because I think most everyone will want to use that same race car from race one into race two.

“We do too. But, we’re here to win. We’re not going to leave anything on the table. Mark (Rette, co-owner) and Terry (Jones co-owner) want me to race hard – but race smart. Certainly, I’m not going to take any chances that could put us behind – but if there’s a chance to win, I’m going to go for it and hope it all works out.”

Davis, a NASCAR Next member also hopes his prior experience at South Boston will pay off this weekend. Last year, he finished eighth and fifth respectively and picked up three spots in the championship standings. This year, Davis wants better results and a similar outcome in points.

“South Boston is a cool race track, tight but the true definition of a short track,” added Davis. “We don’t have a huge field this weekend, but we have a strong field this weekend and that certainly is going to be a factor. Mark (Rette) and I just have to keep our communication open and make sure we’re doing our part to keep the car adjusted as we go from daylight to darkness.”

Rette says South Boston is an opportunity to bring out the best of the best in K&N competition and he is ready for RJR to stand front and center.

“It’s a lot of work to have two races in one night, but we’ll be ready two times over,” offered Rette. “We know what we have to do – but we have to let these races play out and just hope that Spencer (Davis) comes out on top.

“It will be important for us to be better in race two than race one. We need to be competitive in the first race – but we better be ready to leave our mark in race two. We’re sixth in points and have the points lead in reach. It sure would be a good vibe to come out of South Boston with two top-fives and a dent into our championship deficit.”

“Colin Garrett and Sam Hunt Racing are quickly becoming players in the NASCAR K&N Pro Series East and Rette Jones Racing is proud to be a part of their rapid growth, especially after their Bristol performance,” Rette added. “Colin is a talented race car driver and with the two teams working together, I think everyone will be impressed with the results.”