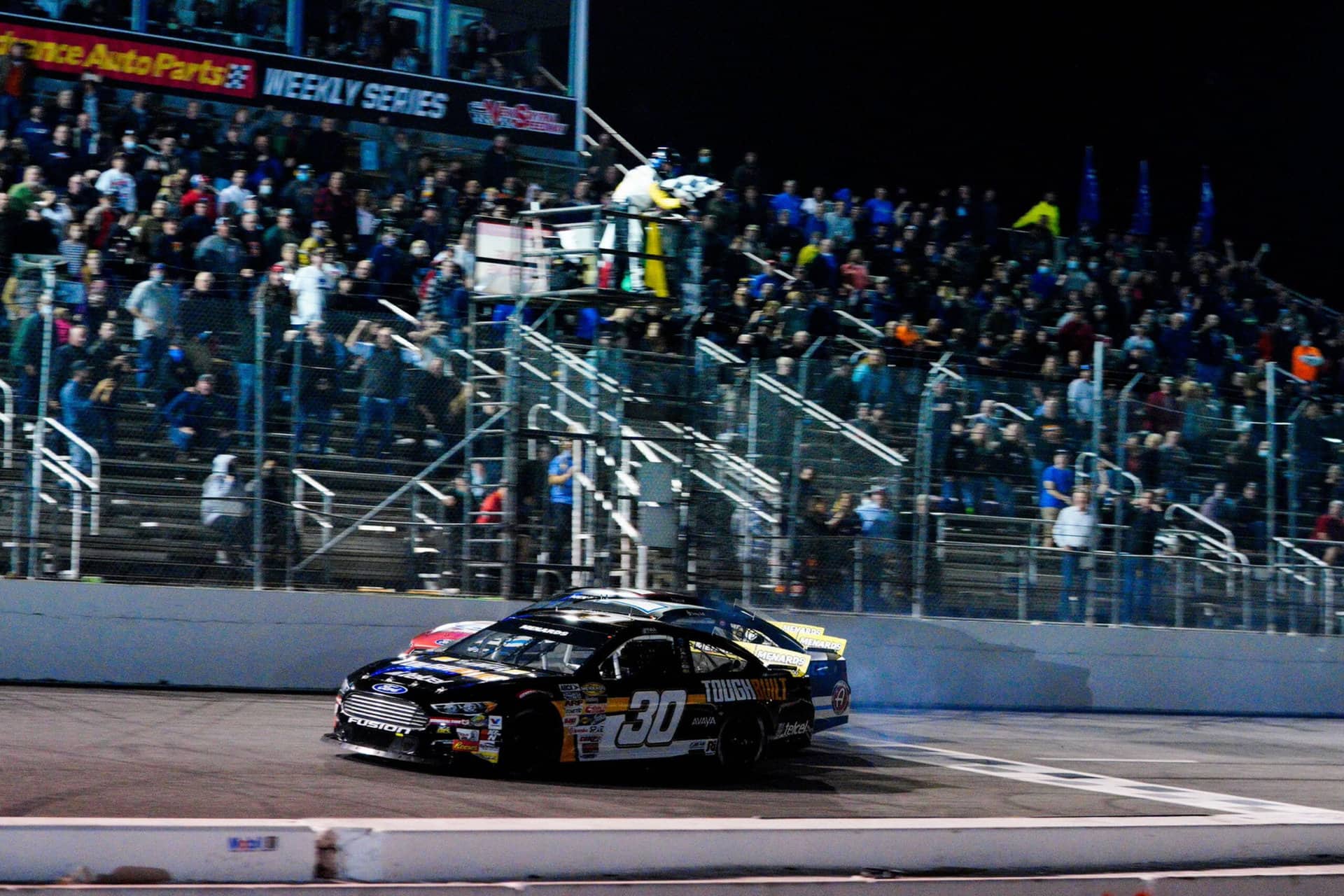 Max Gutiérrez led only one lap in his Rette Jones Racing debut, but it was the most important as he edged Smith by 0.046 seconds for his first career ARCA Menards Series East victory in just his third series start.

Gutiérrez was announced last week as the driver of the No. 30 TOUGHBUILT Ford Fusion for car owners Mark Rette and Terry Jones for the entire 2021 ARCA Menards Series East season.

“I can’t believe it,” said a jubilant Gutiérrez in Victory Lane. “To qualify second was a surprise for me, but the last green-white-checkered, I was thinking OK (running third), this is good for the championship.

“But on the last corner there were battling for first and I saw an opportunity and I took it. I’m very happy and proud of the team and my sponsors TOUGHBUILT, Telcel, TekNekk and Avaya, I can’t thank them enough for everything. This is a great, great start toward the championship.”

Gutiérrez impressed earlier in the night by qualifying his Rette Jones Racing Ford Fusion on the front row. And despite a hiccup at the start of the race, Gutiérrez spent the entire race battling back from adversity that ultimately put him in a position to win his first career ARCA Menards Series East race even after a lengthy rain delay.

“I can’t believe it,” said team co-owner Rette. “I’m so proud of Max and his determination, not to mention the work by everyone on this Rette Jones Racing team. I knew we had a shot if we timed it right and Max did his job when it counted most and we’re winners again in the ARCA Menards Series East.

“Can’t wait for Five Flags later this month and an opportunity to race for the championship with Max and this Rette Jones Racing team.”