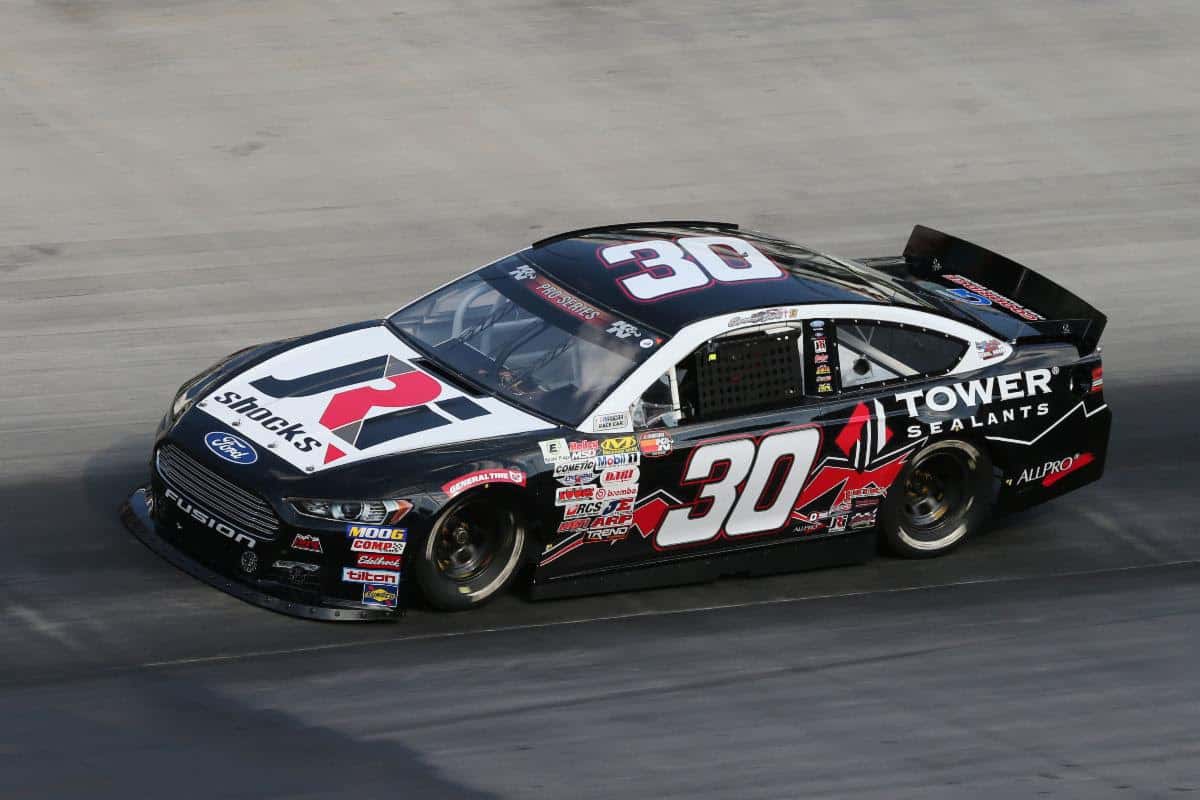 DOVER, Del.: On the strength of another top-five finish in last month’s Apple Barrel 125 at New Hampshire (NHMS) Motor Speedway, Rette Jones Racing and driver Spencer Davis (@SpencerDavis_29) trek to Dover International Speedway for Friday afternoon’s season-finale on a mission to earn their second win of the season in the General Tire 125.

The motivation for the Mooresville, N.C.-based team and the Dawsonville, Ga.-based driver is a plenty.

From storming into the spotlight as one of the strongest K&N Pro Series East teams on the circuit over the past three months to racing at the Miles’ “Monster Mile” in remembrance of Ron Jones, the father of Rette Jones Racing co-owner Terry Jones who recently passed away.

“There’s a lot of reasons to race hard this weekend at Dover,” said Davis who carries an average finish of 6.3 this season. “We’ve been very upbeat about our recent performance but the passing of Ron (Jones) has hit our race team pretty hard.

“I’m going there to win, not only for us but for in memory of Ron too. He’ll always be a part of this Rette Jones Racing team.”

Although two of Davis’s three previous starts at the Monster Mile hasn’t turned out like he had hoped, the 20-year-old is pumped to return to Dover and battle back and better his fourth-place K&N East effort in 2015.

“I like racing at Dover,” added Davis. “It’s a very fast place with a lot of banking and a track that honestly gives you goosebumps. I’ve always had speed at Dover – but my last two finishes haven’t been what I had hoped.

“On Friday afternoon, we have an opportunity to change that with our Rette Jones Racing team and hope to close out the K&N East season on a strong note. We’re bringing a fast car – the one we almost won with at Bristol, but we need to get our car dialed in practice for Dover so we can qualify near the front and stay there. Track position is crucial since the race is only 125 laps.”

With 11 races down and one to go, Davis’ first season aboard the No. 30 Rette Jones Racing Ford Fusion has been impressive. Scoring the team their first career victory last month at World Wide Technology Raceway at Gateway, he has also earned six top-fives and 10 top-10 finishes. He has also controlled the field for 140 laps this year.

While the championship title is out of reach, the chance to steal second is a possibility and one of the team’s goals this weekend.

Overall, RJR has three starts at the 1.0-mile concrete oval and has two podium finishes in 2016 and 2017 respectively with third place runs from Dominique Van Wieringen and Tyler Dippel respectively.

“Rette Jones Racing has always had a lot of speed at Dover and I look forward to showcasing that on Friday afternoon,” Davis spoke. “Mark (Rette) and I have had a lot of fun this year, but nothing would make this season more complete than being able to bring home that Miles’ the Monster trophy.”

JRi Shocks recently acquired by NASCAR Hall of Famer Ray Evernham was founded in 2007 by some of the most legendary innovators in motorsports to produce the world’s most technologically advanced highest performance suspension systems.

“We have a lot to be thankful for heading to Dover, but we’re keeping Terry and his family in our thoughts over the loss of Ron,” offered Rette.

“Ron was instrumental in helping Terry create his craft as a race car driver and has supported the continued growth of Rette Jones Racing over the year.

“His presence and smile will be missed but we will fight to put ourselves in Victory Lane in his honor. I believe Spencer will have one of the best cars on Friday afternoon, we just need to execute and hope it all pans out.

“No matter what, the season has been one to remember for our small team.”

Davis also has nine NASCAR Gander Outdoors Truck Series (NGOTS) starts to his credit – four in 2018 driving for Kyle Busch Motorsports (KBM), three in 2019 for Rette Jones Racing and one for Niece Motorsports. He earned three top-10 finishes including a career-best of seventh in his series’ debut at Daytona (Fla.) International Speedway.