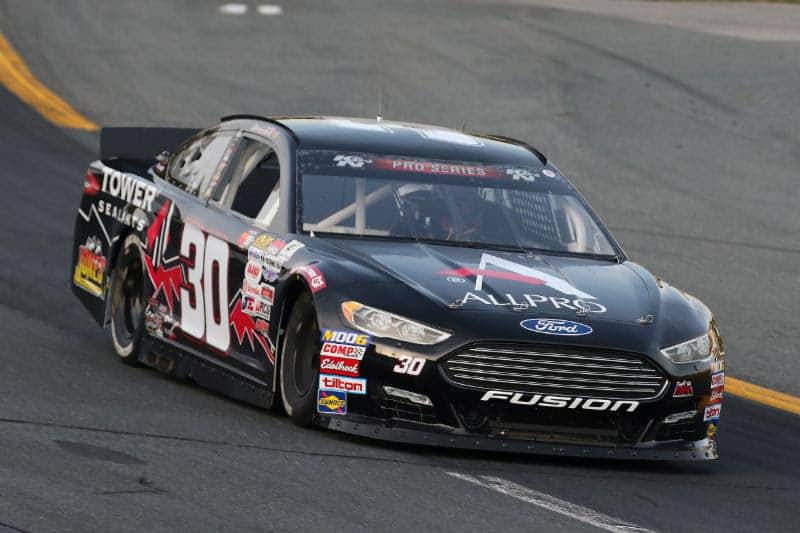 Rewinding to Thunder Valley, Davis in his flashy No. 30 Rette Jones Racing Ford Fusion started third and a led a whopping 137 of the 150 laps of the race before being bounced from the bottom groove of the race track late in the Bush’s Beans 150.

Davis would get shuffled back to fifth in the final running order, but undoubtedly the team’s season-high performance at the “World’s Fastest-Half-Mile” gives the Mooresville, N.C.-team some much-welcomed momentum heading into the heart of Illinois.

“I’m not going to lie, Bristol was hard to swallow,” driver Spencer Davis said. “I really thought we had a win in the books, but it just wasn’t meant to be. I’m proud of Mark (Rette) and the Rette Jones Racing team for bringing me a good car and I’m hopeful we can go to Gateway this weekend and have an opportunity to finish what we started.”

The Dawsonville, Ga. native returns to World Wide Technology Raceway at Gateway as the defending NASCAR K&N Pro Series polesitter but the NASCAR Next alumnus is hoping to better his performance in the race, where has hindered by brake issues.

“Gateway is a fun race track,” added Davis. “I think we can go back there and get ourselves our first pole of the season and overcome the issues from a year and have another strong performance.

“Gateway is a fast race track for being just a mile and a quarter. Its straightaways provide great speed and momentum to pass in the sweeping corners. It’s a place that provides great racing in tight quarters. Can’t wait to get there.”

For his battle in the 10th race of the season, Rette has elected to bring back chassis No. 003, the same Ford Fusion the 20-year-old participated with at New Hampshire Motor Speedway and Iowa Speedway this season, yielding back-to-back top-10 finishes of seventh and ninth respectively.

“This is a good car for us,” sounded Davis. “We would have had a much better finish at Iowa if not for a botched late-race restart. Like Iowa, this is a combination race with the K&N East and West, so we take a little extra pride in these races to make sure we’re as competitive as possible.

“I feel very comfortable with the setup we’re going with and I just hope it equals speed on the race track.”

“So proud of this team and especially Spencer after Bristol,” offered Rette. “We proved to everyone that we are on the verge of winning our first race. I think we can do it before the end of the season. This team is very determined and Spencer is driving his guts out.

“We had a strong car at Bristol, just got moved at the end. I think we can go to Gateway this week and have an equal performance as Bristol but finish what we started. Just can’t thank Spencer and our partners enough for sticking by our team this season.”

The Georgian enters the 10th race of the season with four top-five and eight top-10 finishes overall, including a season-high fourth-place run at South Boston (Va.) Speedway in May.