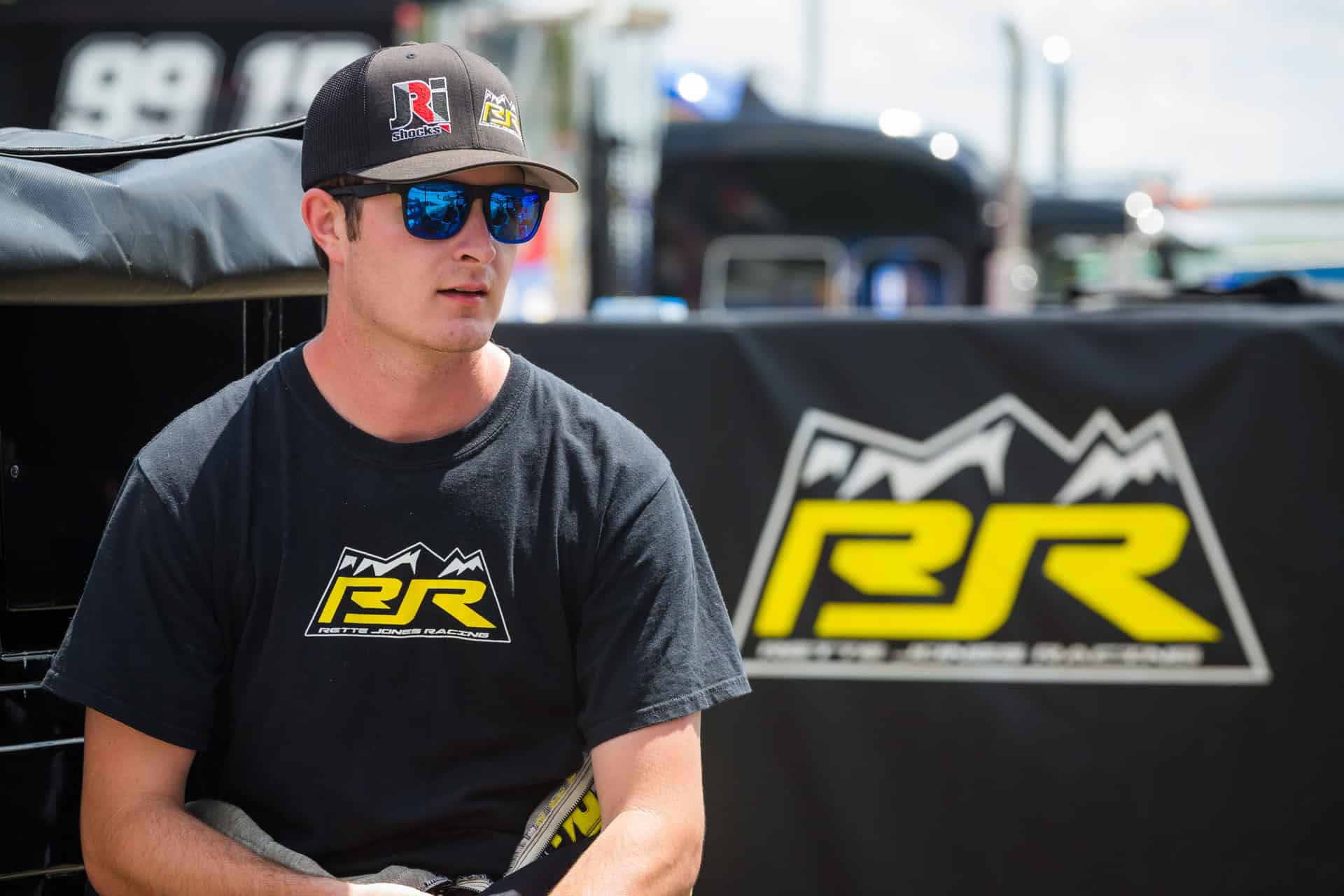 Tackling a double-header at South Boston (Va.) Speedway in their recent two races, Davis utilized a fourth and fifth-place finish to lift himself from fifth to third in the championship standings.

In a comfortable spot ahead of the fifth race of the season, Davis is eager to continue consistency and make a serious threat towards the K&N East Series championship.

“I’m excited to get back on the track and head to Memphis this weekend,” said Davis. “I’m really proud of the effort that our Rette Jones Racing has put up the last couple of races.

“Despite finishing inside the top-10 in the season-opening race at New Smyrna, we left pretty disgusted because we felt like we were a better team than that. Since then, it’s been a lot of time, effort and long nights working in the shop and communicating to make sure we’re taking the best race car to the track possible.

“I feel like we’re doing that. Obviously, I feel like we still have some work to do, but we’re getting closer and I’m hoping with our inching forward – I’ll be able to finally get Rette Jones Racing in Victory Lane. That would be awesome.”

Knowing both the team and driver know their way around the Memphis, Tenn.-based race track, the Mooresville, N.C.-based team is ready to finish what they started.

“I like Memphis,” added Davis. “It’s a race track that has races like a short track but has the speed of a larger track. No matter what setup you have though, tire conservation is going to be the key to success on Saturday night.

“You can have all the speed in the world, but if you don’t take it easy on the tires, your night could go the wrong way in a hurry. We’re going to be at the track on Friday for the test and hopefully what we learn then we can apply it to Saturday.”

Rette Jones Racing welcomes back JRI Shocks as the primary partner for Memphis.

For Rette, Davis is delivering the strongest start to the K&N season since the team’s inception and he believes the reliability of the team will only continue to flourish as the season marches into the summer stretch.

“Spencer has become a huge asset to Rette Jones Racing and he’s going to take us to Victory Lane this year,” Rette offered. “South Boston was very solid for us. Spencer drove two clean races and didn’t put himself in a position to lose more than he could.

“I feel like we’re inching closer to Victory Lane. Memphis is a track we’ve enjoyed competing at throughout the years and I hope our effort will be rewarded with a strong result on Saturday.”

Additionally, Sam Hunt Racing will utilize Rette Jones Racing in a technical alliance role for this weekend at Memphis. Rette has worked closely with SHR and 18-year-old driver Colin Garrett.

“Colin Garrett and Sam Hunt Racing are quickly becoming players in the NASCAR K&N Pro Series East and Rette Jones Racing is proud to be a part of their rapid growth, especially after their recent performances,” Rette added. “Colin is a talented race car driver and with the two teams working together, I think everyone will be impressed with the results.”