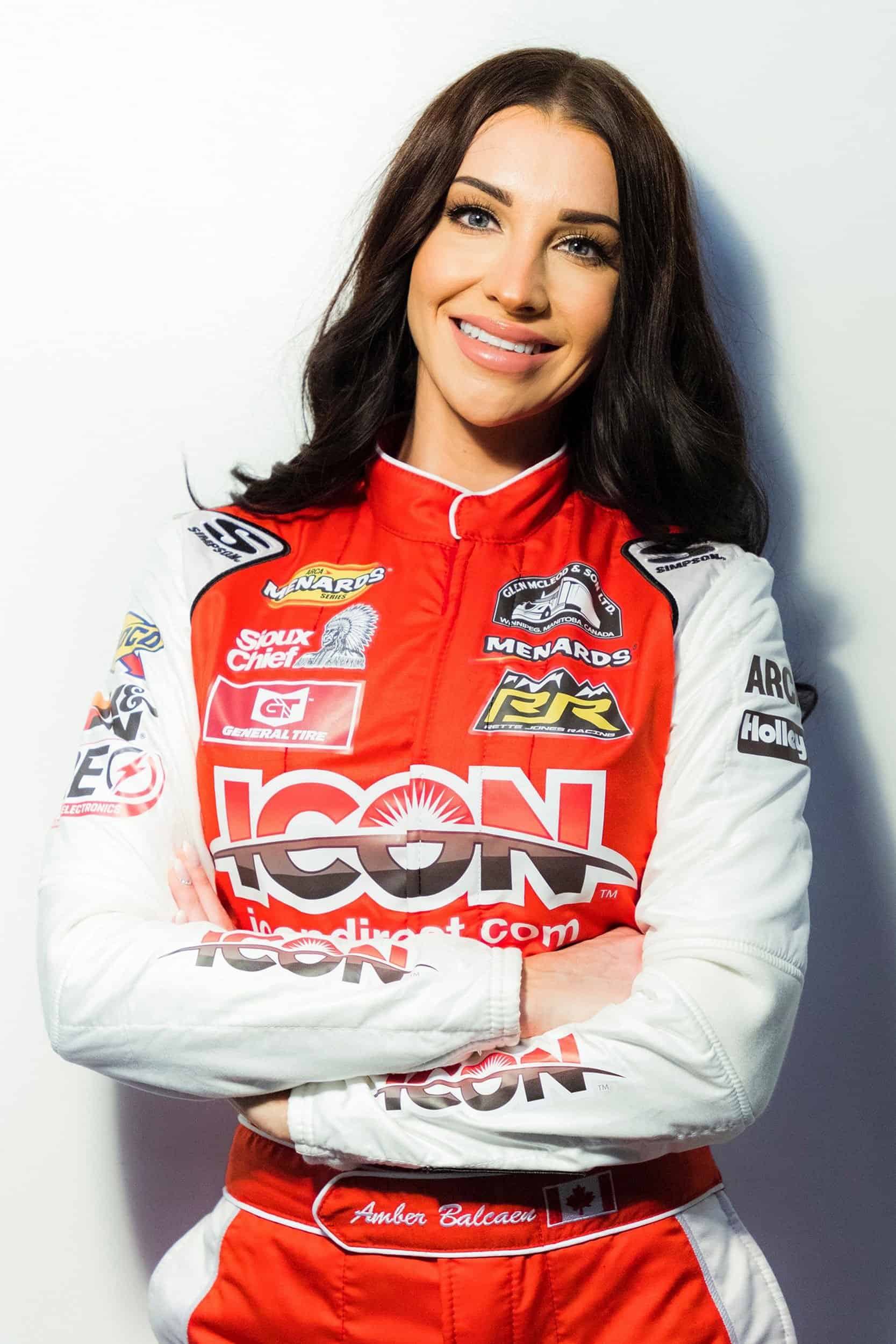 DAYTONA BEACH, Fla.: The moment that Amber Balcaen Reaves has been waiting for is just days away.

Rette Jones Racing and Balcaen Reaves will soon invade Daytona (Fla.) International Speedway and begin their quest for the ARCA Menards Series championship with their No. 30 ICON Direct Ford Fusion.

For Balcaen Reaves, Daytona is the start of her first full year on the ARCA Menards Series and one of two females not only battling for the championship but also looking to become the first female winner in the premier ARCA Menards Series.

“I am so grateful for this opportunity with Rette Jones Racing and ICON Direct,” said Amber Balcaen Reaves. “I am extremely excited to race at Daytona International Speedway.  I have been working for the opportunity to race at Daytona for the last 8 years and I couldn’t be any happier that it’s now our reality!”

“On top of that, to know I have 19 more races scheduled is a great feeling! It feels so great to be full-time racing again!”

Balcaen Reaves who married her longtime boyfriend, Jordan Reaves on Feb. 5 in Winnipeg Manitoba Canada had the opportunity to tackle the 2.5-mile superspeedway for the first time last month during preseason testing and it offered the opportunity for her to get accustomed to the fundamentals of superspeedway racing when practice launches on Thursday afternoon.

“I had so much fun at the test last month, it makes me even more excited for the race!,” added Balcaen Reaves. “I am confident in the RJR crew and hope we can get ourselves in a good qualifying group on Friday so we can have an opportunity to start our No. 30 ICON Direct Ford Fusion as close to the front as possible.”

“My crew chief and co-team owner Mark (Rette) has been working hard on our ICON Direct Ford Fusion since the test and I’m eager to see if we found more speed from the test last month. With that being said, I am confident in Mark (Rette), the RJR team and myself to be successful at Daytona. If we can keep clean during the race, I know we will have a strong chance to be in contention for a podium and even a win.”

Rette Jones Racing is no stranger to success at Daytona. In January 2020, the Mooresville, N.C.-based team topped the speed charts with driver Dominique Van Wieringen and contended for a top-five finish before being swept into an accident nearly halfway into February’s race two years ago.

In 2017, RJR finished second in the ARCA season-opener with team co-owner Terry Jones who led 25 of the event’s 80 laps. Jones was preparing to a potentially winning move in the closing laps, but a late-race caution forced the event to end under yellow flag conditions.

Knowing his team is capable of success in front of a captive audience has Rette excited about Balcaen Reaves’s ARCA Menards Series premier debut in the sport’s biggest race.

“I’m excited,” offered Rette. “Amber should be too. I really feel like our No. 30 ICON Direct Ford Fusion is going to be fast and I know Amber isn’t afraid to drive, so we should be right up there with the best of the best in the series.

“I’m glad she turned some laps during the open ARCA Menards Series test in January and hopefully that track time will prove to be valuable for when she climbs aboard our race car with an opportunity to become the first female winner in ARCA National Series history.

“We had that chance a couple of years ago at Daytona with Dominique but came up short. I’m thankful to have another opportunity to do that this year with Amber – not only at Daytona but all season long.”

Canadian-based ICON Direct will continue its support of Balcaen and join her at Rette Jones Racing for the 20-race schedule from February to October 2022.

“We are excited to be a returning sponsor of Amber Balcaen in NASCAR’s ARCA Menards Series,” added John Loewen, CEO of ICON Technologies Limited. “I resonate with Amber’s underdog story. She has a really bright future as a professional race car driver and is a great brand ambassador for ICON.”

The Lucas Oil 200 driven by General Tire (80 laps | 200 miles) is the first of 20 races on the 2022 ARCA Menards Series schedule. Practice begins Thurs., Feb. 17 with a fifty-minute session from 4:05 p.m. – 4:55 p.m. Group qualifying is set for Fri., Feb. 18 at 1:30 p.m. The season-opener for the 70th consecutive ARCA season is set the following afternoon on Feb. 19 to take the green flag shortly after 1:30 p.m. The event will be televised live on FOX Sports 1 (FS1) with the Motor Racing Network (MRN) handling the radio waves. ARCARacing.com will also stream live timing and scoring throughout the entire weekend festivities.