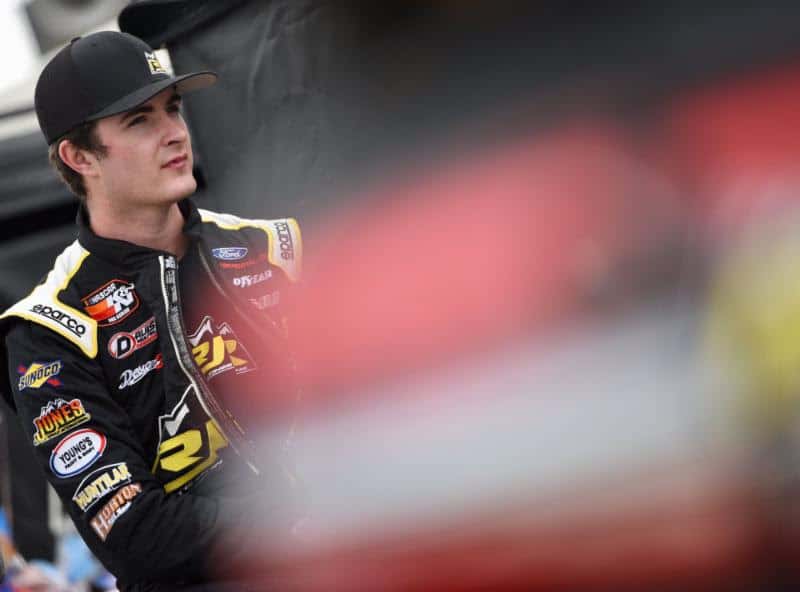 The Dawsonville, Ga. native eyes his return to the “Magic Mile” as the opportunity to recover from a disappointing 14th place finish in the K&N East most recent race at Memphis (Tenn.) International Raceway where he dropped from third to sixth in points following a mechanical failure.

Regrouped and ready to attack, Davis is turning to New Hampshire to return to championship form and put his Rette Jones Racing team in Victory Lane.

“I’m looking forward to New Hampshire, especially coming off a very good weekend at Kentucky,” said Davis. “It seems like it’s been forever since we’ve been on track in the K&N East Series – but I’m glad the business is getting back to normal on Saturday and I’m hopeful for a good finish.”

With a race being cut from the schedule in June, Davis knows that he has less opportunity to not only win a race but bounce back from their Memphis misfortune. Still, with plenty of racing on-deck between New Hampshire and the season-finale at Dover (Del.) International Speedway in three months, Davis says his team won’t go down without a fight.

“It’s going to take a lot of effort, but we’re going to make a big push towards this championship,” added Davis. “Mark and the guys have been busting their tails to get our No. 30 Ford Fusion ready for New Hampshire and we know Saturday’s race is about winning – but also about potential too.

“It’s going to be tough to claw back into the title hopes, but we’re not going down without a fight.”

Set for his 38th career K&N Eat Series start; Davis will make his sixth at Loudon’s 1.0-mile speedway. In his previous five runs, he one top-five and three top-10 finishes, including a track-best third last July.

Hoping to finish what he started last summer, Davis is hungry for his second career K&N East victory.

“Even though New Hampshire is a relatively flat race track, it’s not that easy to drive,” proclaimed Davis. “It’s all about how you carry your car off the corners and roll that straightaway. You need to have a good balance and plenty of speed that you can into the corners.

“Track positions is everything at New Hampshire too. It’s pretty hard to pass, even sometimes with a bumper – but it provides great racing and I don’t think many will complain about that.”

Davis’s efforts behind the wheel of the No. 30 Ford for NHMS will be supported by ALLPRO Corporation and Tower Sealants.

“We’re ready for New Hampshire,” added Rette. “Our team’s hard work at Kentucky were rewarded with a good finish. We hope to go to New Hampshire and do more of the same. Spencer is really good at New Hampshire and we feel we’re bringing him a really fast No. 30 ALLPRO | Tower Sealants Ford Fusion and look forward to an opportunity to score our first career win on Saturday afternoon.”